From 1975-1979, the brutal regime of the Khmer Rouge subjected the entire population of Cambodia to slave labour, mass execution, unchecked disease and starvation. An estimated 3 million people died – over a third of the country’s population.

The consequences of the genocide are still prevalent today, in a country that has had to rebuild all social, legal and government structures. Each year in Cambodia, thousands are trafficked and exploited.

Ratanak International works with Cambodians to restore those robbed of freedom and protect the vulnerable. We walk with survivors on their journey from exploitation to freedom, showing them the same love Jesus shows us. Our programs work to prevent exploitation, protect the vulnerable, help the trafficked return home, and restore survivors of sexual abuse and human trafficking.

Cambodians are a resilient people. Just as one generation survived the Killing Fields, there is a younger generation of survivors who are overcoming the horrors of trafficking and exploitation. Because of your support, we have seen transformation, redemption and healing in the lives of so many Cambodians.

You can make a difference

Believe that there is hope

You can make an impact on lives shattered by exploitation. We are seeing change!

Prayer is a valuable weapon in what is clearly a spiritual battle.

If you would like to receive more information or request a Board Member to come and speak to your group, please contact us through the form below.

Contribute to the work of Ratanak so we can continue to transform lives and confront exploitation. 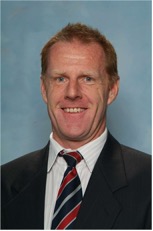 Jason has been a high school teacher in Australia and Canada for 22 years. He first learned about Ratanak International through his wife, Eileen, who is from British Columbia and had supported the foundation for several years. Together with their three children, they have alternated between living in Canada and Australia, Jason’s home country. After a few years of being no more involved than as a regular donor, the Ratanak office in Vancouver surprisingly asked them to host Brian McConaghy while he was on a speaking tour of northern British Columbia. They were blessed by having the close personal experience of sharing their home with Brian and hearing him speak.

A year later and while living back in Australia, Jason was invited by Brian to spend a week in Cambodia with others from the UK and Canada. He was amazed to see how clearly evident the Gospel of Christ was being lived by the staff of Ratanak and partner organizations. After seeing transformation that is only possible with God, Jason felt called to be more involved. He has served on the board as chairman of Ratanak Australia since it became a registered company in 2013. After Brian Harper stepped down as country director in 2015, Jason has taken on this position.

Jason is a member of the Leadership Team at Swansea District Baptist Church and is an active member of Caves Beach Surf Lifesaving club.

Donate to Ratanak International in Australia

Donations can be by cheque to the mailing address below, or by electronic funds transfer directly to our Australian bank account:

If you require an acknowledgement receipt please submit your postal address with donation details via the contact form below.

Please note: Ratanak International Australia is registered as a not for profit charity in Australia
(ABN 13163 354970) but does not have deductible gift recipient status for tax purposes.

Use the contact form below to send messages to our Australia office.