When Veata was a month old, her mother left home to escape her husband‘s violence. She tried to take little Veata with her but her husband stood in the way.

When her father remarried, he discarded Veata to another family, but she was rejected after being diagnosed with epilepsy and was sent back to her father’s house.

There, Veata was beaten by her stepmother and used as a servant.

At 15 years old, both her father and stepmother died. Though Veata did everything she could to support herself, she ended up homeless and alone.

Because I have epilepsy, nobody wanted me. I had to be by myself for all those years. —Veata

After months surviving on the street, a woman approached Veata and offered her a job in China and said this would give Veata a better future. Veata agreed, and within days, she was on her way to start a new life in China. To her confusion, she was re-routed to Malaysia.

She arrived at a house and was encouraged to find several other Cambodian girls living there. But the couple who owned the house took her few possessions and passport. Despite this, she was excited to start working and to build a brighter future.

Her dreams disappeared that first night when a girl whispered to her, “All the girls in this house are forced to have sex with white men.”

The next day, Veata and eight other Cambodian girls were taken to an unfamiliar place and sold. A man took Veata to his home, where she was forced to have sex repeatedly and clean his house. It was evening before she was picked up and returned to the house with the other girls.

The stress of her situation eventually triggered Veata’s epilepsy. She had so many seizures that she was again seen as undesirable. She was kicked out of the house by her captors and again found herself on the street — this time in a foreign country.

Incredibly, Veata managed to get to the Cambodian embassy and return home. When she was introduced to our staff, our first priority was to search for her mother.

When a lead was found, our staff travelled hundreds of kilometres to where Veata’s mother was last known to live. It took a full day of knocking on doors in the hot sun, but they managed to find a local man who knew where to find Veata’s mother!

Finally, our staff could make the long-awaited phone call. Overjoyed and crying, Veata’s mother said that she wanted nothing more than to be reunited with her daughter. Tears streamed down both women’s cheeks as they ran into each other’s arms and embraced for the first time after seventeen long years apart.

This happy reunion is thanks to donors like you! Your gifts not only helped reunite Veata and her mother, they have given her access to the resources she needs to heal.

Today, Veata’s epilepsy is under control — she grows stronger every day. She is also attending bible study and  learning that there is a God who loves her. Thank you for being a part of this freedom movement!

Give today to help trafficking survivors reunite with their families.

The Long Road to Healing

Do you remember Seyha, the survivor whose story we shared in our last newsletter? Earlier this year, we paid Seyha an emergency visit when we heard that her mental well-being was deteriorating and her life was at stake.

Since then, we have been regularly checking up on Seyha to provide mental health support, family counseling and compassionate care.

In one of our recent follow-ups, we learned that Seyha has moved in with her parents due to continued family conflict with her husband and in-laws. Despite family counseling, her husband’s family has turned against her. Seyha is, once again, in a very vulnerable position.

Thanks to gifts like yours, Ratanak will continue to support Seyha in every way possible and are in regular contact with her to ensure her safety. Thank you so much for your generous support of survivors like Seyha. Please keep Seyha in your prayers while she walks the long and difficult road to healing.

Give today to help more Cambodian trafficking survivors recover from the horrors of exploitation.

In 2016, Miranda and Tom visited Cambodia alongside our team.

They learned a lot in their time there, witnessing first hand the contrast between Cambodia’s war-ridden history and the beauty of the people and culture. It was an eye-opening experience and learning about Ratanak’s work and partnerships gave them hope for Cambodia’s future.

“We learned that addressing the issue of human trafficking is not just about bringing these victims home. It is also about education and prevention, creating economic stability, and ensuring that once young men and women are rescued, they develop the tools to be able to reintegrate themselves into society.” —Tom

We are incredibly grateful for compassionate supporters like Miranda and Tom. None of the work that we do would be possible without your help!

A Message from Our Director

Often, as I review the files of young Cambodians in our care, I am overwhelmed by the degree of their torment. Sometimes, I think “I must be reading this wrong” and I ask for clarification.

On one such occasion, as I shook my head in disbelief, one of our Cambodian staff said “Brian, all of these lives are like movies, they are all movies”. I still think of that frequently.

In our newsletters, we attempt to encourage you with the stories of real lives. I want us all to share not only the dismay of abuse but also the joy and excitement of lives restored — restoration you make possible!

You are participating in something very real and far more dramatic than we can communicate in a newsletter. I hope you catch a glimpse of the lives being transformed directly through your support of Ratanak programs. I hope this is a blessing to you. Thank you for bringing freedom to so many young lives. 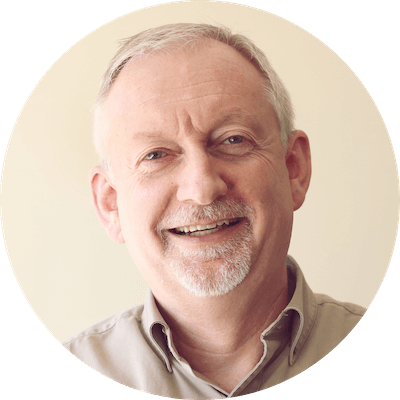 *Names, images and/or some details have been altered as appropriate to protect the identities of those in our care.